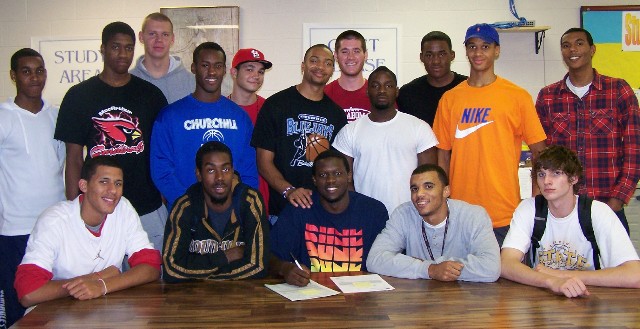 Former Barking Abbey baller Joe Ikhinmwin has signed an NCAA letter of intent (in November!) to play for the NCAA Division 1 South Carolina State Bulldogs. The athletic 6’6 sophomore forward has been playing at junior college Seminole State College this season. He has two years of NCAA eligibility left.

“Joe is a super tough post-up power forward.  He has a blue collar worker’s mentality and is a great teammate.  He will be a great asset to Coach Carter at South Carolina State.”

The Bulldogs play in the MEAC, the mid-Eastern Atlantic Conference. Hoopsfix wants to wish Joe all the best with his basketball career..I will be following!